By continuing your visit to one of the ProvoqEmois sites, you accept the use of cookies or similar technologies to offer services and offers tailored to your interests, guaranteeing you a better service. user experience and make statistics of visits click here

( REAR BUILDING OF THE HOUSE CLASSIFIED AS BELGIAN HERITAGE ) 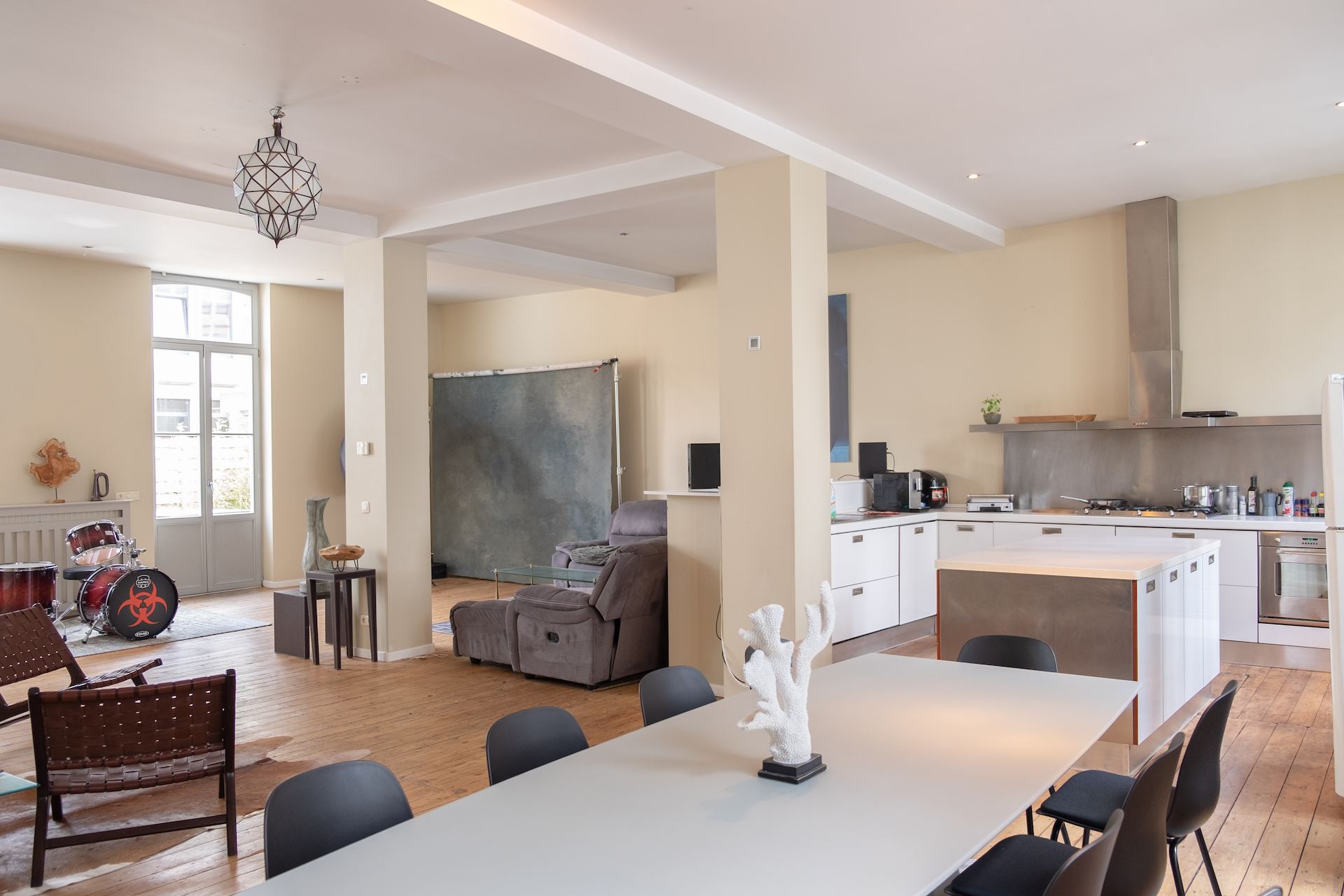 Located in the heart of the artistic neighbourhood of Saint-Gilles, in the calmth of a backyard (rue de la victoire), the Zero Studio distinguishes itself first by its architecture, which resembles the architecture of a former fabric factory from the 17th century.
Listed as Belgian heritage, the building was recently completely renovated to accommodate four very modern studios.
The space also offers a private courtyard, a ground floor with a reception area, an equipped kitchen + a dining room. On the first floor, a 180m2 duplex is available for residence bookings where there is a fifth studio!
We put at your disposal the possibility of carrying out your musical or visual project from A to Z, from its idea to its completion.

(CHOOSE THE OFFER YOU NEED)

YOU PREFER TO COME IN STUDIO ?